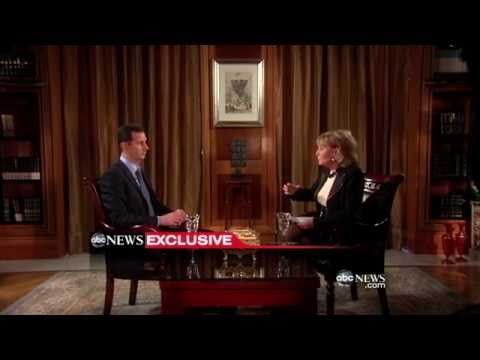 Bashar al-Assad is not disconnected from reality. He is trying hard to come to terms with it, and thereby developing bizarre arguments in order to justify for himself becoming evil.
Photo: ABC News