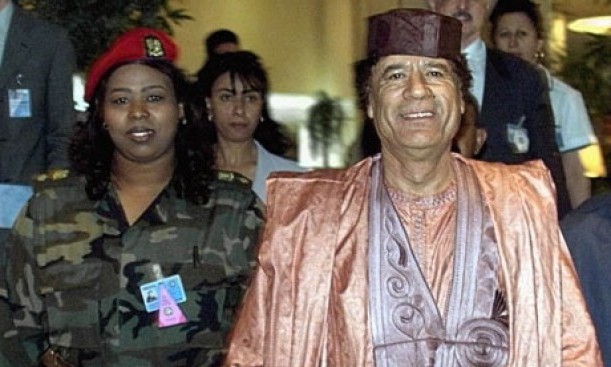 Qaddafi ruled Libye with an incomparable lack of tactfulness and a disregard for institutions. By doing so, he turned an otherwise ‘naturally stable’ country into one waiting for a spark to ignite.
Photo: Kathryn Cartwright

When the revolutionary mode swept through the Arab world in early 2011, Libya was poised for change after more than 40 years of Gaddafi’s rule. The resentment against the family rule of the eccentric Gaddafi was high, state institutions were in shambles and the national army was neither loyal nor professional. Yet, the nature of this largely desert, oil-rich state with small and homogeneous population could have made it immune to revolutions. Any other ruler would have found such a country rather easy to maintain loyal and stable, if it is not for Gaddafi who caused his own downfall.
After the eight-month arm struggle, Libya became the only complete and classical revolution in the region. It violently got rid of the old regime and killed or captured its leaders. The NATO air campaign was to prove very instrumental in bringing about this all-out change.
Yet, the help of the NATO was only required because Gaddafi’s mercenary army was sparing no effort to crush untrained, civilian fighters. Interestingly, there was no national, independent army involved with one or the other side of the struggle. In fact, Libya did not have such an army under Gaddafi.
Under Gaddafi’s rule, the Libyan regular army was deliberately kept weak so that they cannot turn on their leader. Himself a military officer who seized power in a bloodless coup d’état against King Idris of Libya in 1969, Gaddafi was terrified by such a prospect for his regime.
Indeed, the bizarre and heavy-handed style of government led to many coups and assassination attempts against Gaddafi. Some of these plots were orchestrated by foreign intelligence services after the unpredicted foreign policy of Gaddafi had angered many western nations, but also neighbors like Egypt, Chad or Sudan.
The failed coup attempts such as the 1993 unsuccessful assassination plot by elements of the Libyan army belonging to the Warfalla tribe only reinforced Gaddafi’s mistrust of the army. He consistently pursued a double strategy of exemplary crushing any revolt and systematically diminishing the powers of the regular army.
Instead of building a large army of regular and loyal soldiers, Gaddafi chose to maintain his rule through few, specialized units of the army and other paramilitary forces. When the moment was right in 2011, a large part of regular army officers turned against Gaddafi after years of frustration and negligence.
Under Gaddafi’s government, army officers were underpaid and lacked munitions and even trained soldiers. Exceptional and non-partisan officers were either sent abroad for study or suspended from active duty.
The structure of the Libyan armed forces was also biased towards the regular army which had no separate defense ministry and was simply dubbed as the ‘people in arms’.
In contrast, the real military power lied with the so-called ‘security units’ (el-wahdat el-amniah). These were comprised of the Revolutionary Guard Corps and around 10 loyal brigades, famously known as Gaddafi’s brigades (Kata’eb el-gaddafi) whose members were carefully chosen from loyal tribes and families.
The leadership of such elite security unites were entrusted to some of Gaddafi’s sons such as youngest son Khamis. Khamis’s brigade was the strongest and best-equipped unit in the Libyan army and remained royal to Gaddafi during the 2011 civil war until it was almost entirely annihilated by NATO airstrikes.
Furthermore, Gaddafi’s loyal forces recruited mercenaries from some African countries with which Libya has cultivated friendly relations in the past. African mercenaries from Chad and Sudan were reportedly used in Gaddafi’s recent unsuccessful bid to retain power.
In fact, the centralized army system under Gaddafi is complex und was pervaded by irregular, paramilitary and mercenary forces. Yet, the abuse of the military is only one example of how Gaddafi’s cranky government style was on a path of self-destruction.
Libya did not remain relatively stable and loyal to Gaddafi for more than 40 years because of his nature of leadership, but actually despite of it. If it were not for the tremendous wealth of the country which secured some level of economic satisfaction and for the well-established brutality of the Qaddafi’s regime, the Libyan people would have got rid of him long time before.
Qaddafi’s fear-eccentric choices have detached him from the bulk of the Libyan people since quite long time. Another example is his wasteful management of the nation’s oil-revenues. Such was not only beyond comparison, but also public for everyone to see.
The extravagance of Qaddafi is not confined to his own conduct of life, or his economic policies such as the $25-billion dollars desert irrigation project (the so-called Great Man-Made River).
Some reports estimate that Gaddafi invested more than $150 billion in foreign aid to mostly African countries. What were the Libyan people thinking about this lavishness under Gaddafi’s government while they still did not have those living standards of Norway or the US?
If it were not the special case of wealthy Libya with it is relatively easy-to-manage social structure and geography, Gaddafi would not have lasted that long. Each time he demolished the country’s independent institutions and squandered its natural resources, and each time the relatively conservative Libyan people saw their leader with his army of female bodyguards, Gaddafi became even more isolated in people’s eyes. Yet, the Libyan leader must have been a textbook dictator to survive such unthoughtfulness and insensitivity in leadership.
Written by Mohammad Al-Saidi