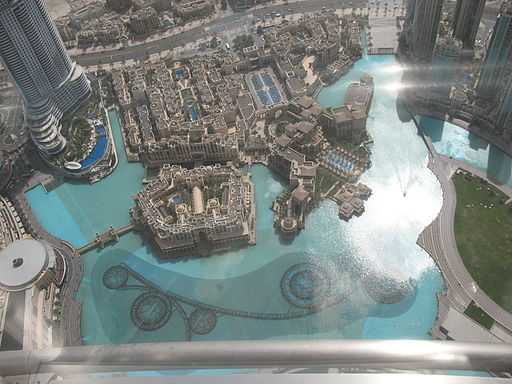 If you have been to Abu Dhabi, Dubai or Riyadh, you were probably impressed by the many water fountains and water parks. What you might not have known is that, behind this lavish display, there is a harsh reality of severe water scarcity. The countries of the Gulf Cooperation Council (GCC) – Bahrain, Kuwait, Oman, Qatar, Saudi Arabia and the United Arab Emirates – belong to the driest region of the world, something that was overlooked in the past and not yet fully reflected in the current water policies.
The underlying water problem of the GCC countries is the increasing disparity between supply and demand. Rainfall scarcity (between 70 to 140 mm) and variability (about 500 mm at the Oman Mountains in southern Oman and the Asir Mountains in the southwest of Saudi Arabia) and high evaporation rates (over 300 mm on average per year) lead to limited availability of renewable water resources (recharge rate of less than 20%). While shallow groundwater aquifers are limited to some coastal areas, large deep aquifers with significant non-renewable supplies of fossil water are found only in Saudi Arabia and, in less quantity, in Oman.
At the same time, water demand and consumption patterns are very illustrative of the problem. The significant increase in water demand in the GCC countries can be largely attributed to three issues: population and economic growth, subsequent change in consumption pattern and shortsighted agricultural policies.
The GCC’s population has been growing by more than 3 percent per year, the highest rate in the world. This population growth is boosted by an influx of immigrants which, for example, constitute up to 90% percent of the population in UAE. As a result, the availability of freshwater fell from about 680 cubic meters per capita in 1970 to about 180 cubic meters in 2000 and, according to World Bank’s 2005 Water Sector Assessment Report, will go beneath the 100 cubic meters line in 2030 when the projected population increase to around 56 million. This is much less than the water poverty line of 1000 or the MENA average of 1100 cubic meters.
The discovery of oil ignited an unprecedented economic and social transformation in the GCC countries, which harbor around half of the world’s oil reserves. The resulted increases in life expectancy, income and urbanization and, hence, the changes in lifestyles led to an upsurge in water consumption in these countries. Such consumption now ranges between 300-750 liters per capita per day, among the highest in the world.
Like almost everywhere else, what has really been at the heart of the water management problem in the GCC countries is the agriculture sector. Although agriculture accounts for only between 1 and 7 percent of GDP in different GCC countries, it is still using around 50 and 90 percent of water. In the past, agricultural policies focused on achieving greater level of food self-sufficiency using economic incentives to expand irrigated land. In the past 10 years, agriculture productivity is dropping in many regions, partially due to the depletion of groundwater resources.
Of course, the recognition of the demand-supply-inequality in the GCC countries has been old, and so too were the proposed solutions: seawater desalination and wastewater reuse. Desalination was introduced in the mid 1950s and has since become more prominent in municipal water supply. It is still a focus of water supply policies despite the high costs involved, both in terms of energy and environmental cost. Treated wastewater, which comes with limited uses, is also being increasingly used, mainly for irrigating urban parks and landscaping.
The new thing about water management in the GCC countries is the discovery of demand-sided instruments. Compared with neighboring countries with similarly poor endowment of water resources but with less energy revenues, or with even many developed countries, this apparent awakening is rather late and still in early progress. Arguably, in many GCC countries, there is no clear overall vision of integrated water resource management outlining an adequate policy-mix and accompanying legal frameworks and separate institutions.
The reform message is clear: increase efficiency and promote conservation. The way to do this has likewise been clear: reform the tariff structure in order to assign the right value to water and curb wasteful use instead of providing water almost for free; improve management performance to tackle issues such as, in some cities, the staggeringly high rate of unaccounted for water; alter agriculture policies by abolishing subsidies and eliminating non-profitable water-intensive agriculture; and link all these issues in policy and regulation together.
The half-heartedness of water sector reforms in the GCC countries can be explained twofold: by comparison to developed and developing nations of the world.
Many developing countries in the MENA region and beyond face the same challenges in regard to water. What is different there is that, on the one hand, extravagance is not an option for many countries and, on the other hand, donors’ recommendations have to be met. When energy is plenty on the short run, you can afford water, even at the highest cost. Besides, if you are investing your own money, you do not need to listen to sustainability preconditions attached to donor money.
Europe, as an example of a developed region, has plenty of water in its northern parts. Yet, sustainability and conservation has emerged there not as existential necessity, but as a major societal paradigm which found its way into lifestyle and policy.
The case of the GCC countries is that there are no real checks and balances and less than a vibrant civil society.  Ultimately, it is left to the personal responsibility of the ruling class to change ideology and therefore water policy, at its own political risk.
It is difficult for this to work since the important component of the problem is the demand patterns which need a bottom-up change of heart. Not only in regard to water, mismanagement is everywhere in a world of plenty with the only burden of self-control.

When people better value water, through the advocacy of civil society, the appreciation of religiously inherited value of water, and more political and administrative participation in water management across the GCC countries, demand will shift and reforms will become easier. Until then, reform expectations will continue to be low since they only target the symptoms.

This article was first published on the 9th of November 2015 on yourmiddleeast.com. Read the original article here

What People Envy Jordan for and Why it is not Worth much!